DOJ Org Chart: What Does It Means

A DOJ org chart refers to the United States Department of Justice (DOJ). It is a federal executive division of the America government. The duties of DOJ including strengthening the enforcement of the law and managing justice in the USA. Moreover, there is a number of federal law agencies are administrated by the Federal Bureau of Investigation (FBI) and the Drug Enforcement Administration (DEA).

Here you can see a general view of the DOJ org chart template: 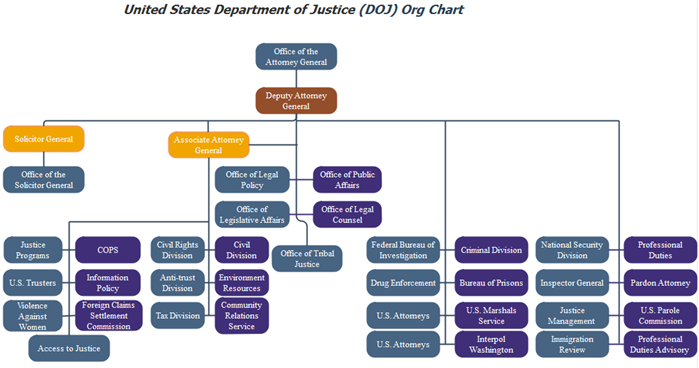 There is a list of offices for leadership in the DOJ org chart as following:

DOJ also has a number of law enforcement agencies as below:

Where Could I Create a DOJ Org Chart?