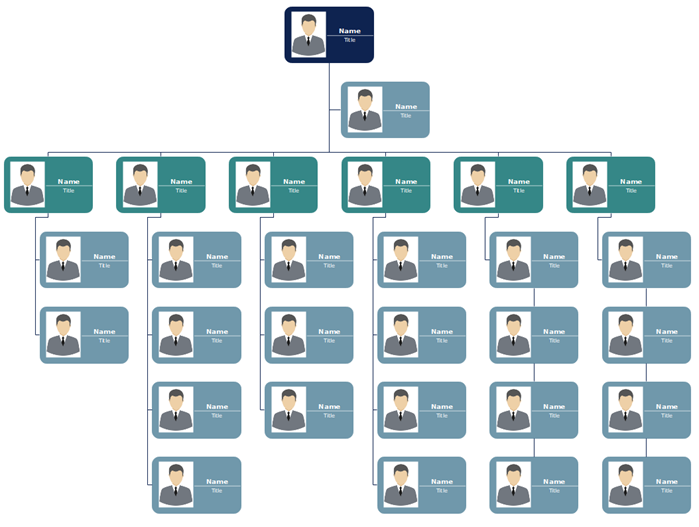 Mar
20
What is a Hierarchy Chart?
Organizational Chart Examples No Comment Nancy

A Hierarchy Chart exhibits the breakdown of a system or an organization into the smallest manageable sections. It is usually a top-down structure and also has a left-right design. In the illustrated diagram, rectangles represent different entities in the system, and lines will be used to connect them. These diagrams look like organizational charts in some ways, and you can use org chart makers to draw hierarchy charts as well.

The Definition Of Hierarchy

The word “Hierarchy“, according to the Cambridge Dictionary, means a system in which people or things are put at various levels or ranks according to their importance. When you work in a company, you will find that your company structure can be illustrated as a hierarchy organizational chart. 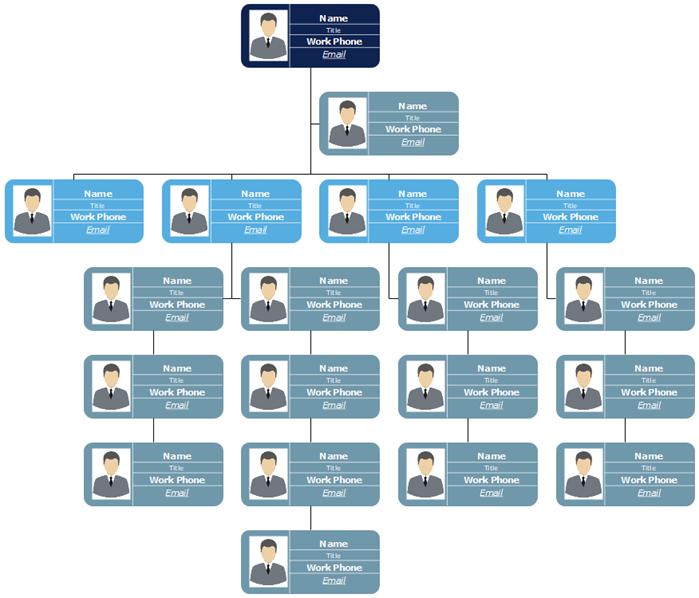 What are Hierarchy Charts used for?

Hierarchical charts are described as visual representations of a system of hierarchy and an organization with various levels. Roles, ranks, or positions of people or things are laid out in a graphic format clearly that depicts the relationships between the entities. The top of the chart is generally kept for the most important or significant part of the system. Looking down from the top are the other components of the system. As you may know, the commands and decisions should flow from the top to the bottom in this system of hierarchy.

The ECLAC org chart refers to the organizational structure of the United Nations Economic Commission for Latin America. It is one of the subdivisions of the UN Economic and Social Council. The countries of the Caribbean were later joined in 1984 and the headquarter is now in Chile. The main work duty of the organization is to improve the economic development of Latin America areas by building effective communications between member countries. Feel free to find out more details by hitting on the ECLAC org chart below: 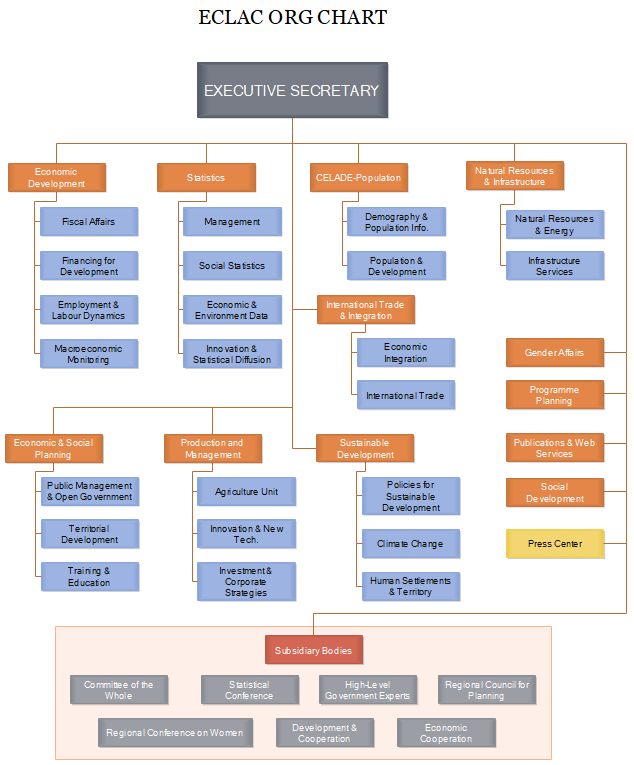 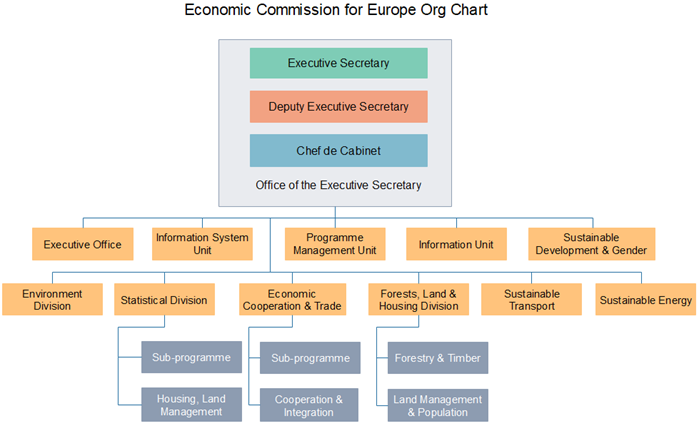 The Economic Commission for Africa ECA was set up by the Economic and Social Council of the UN organization. The commission is one of the United Nations’s dominant regional departments. The key purpose of ECA is to improve the economic and social development and integrations of member countries in Africa. Currently, there are over 50 members in the commission. You can find out more details of the Economic Commission for Africa org by checking out the below chart. 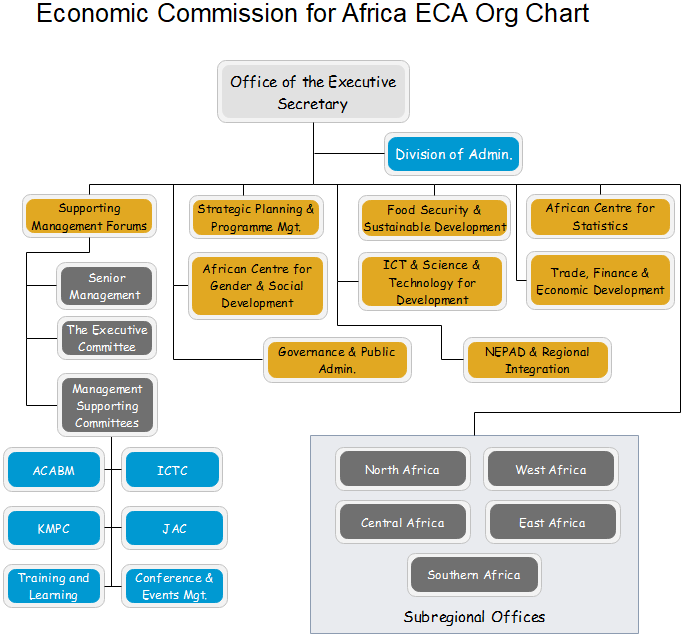 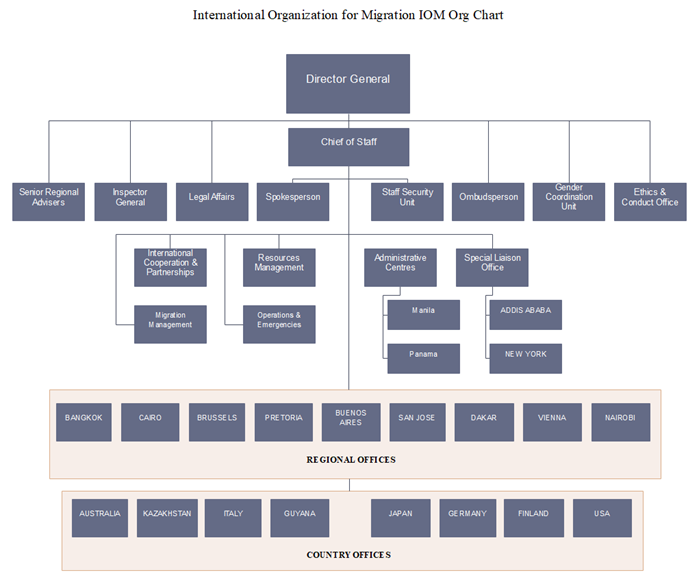 The IAEA org chart shows the organizational structure of the International Atomic Energy Agency. It is an UN organization for global atomic peace and the agency plays the central role in the international nuclear field. Meanwhile, the Agency cooperates with other national parties or United Nations departments for better development of the global nuclear technology. You can see more by clicking on the IAEA org chart below: 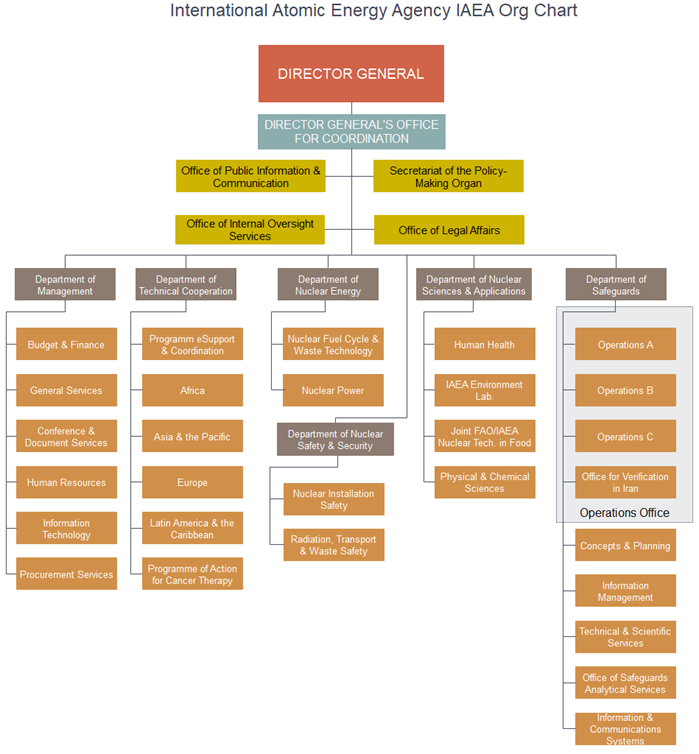 The UNCDF org chart shows the overall organizational framework of the United Nations Capital Development Fund. The organization was established as a voluntary UN department affiliated with UNDP. The main purpose of UNCDF is to manage both private and public types of financial assets and programs for the Least Developed Countries (LDCs). So far, the organization has supported many developing nations improving domestic economy. Feel free to see more insights of the Fund based on the following org chart. 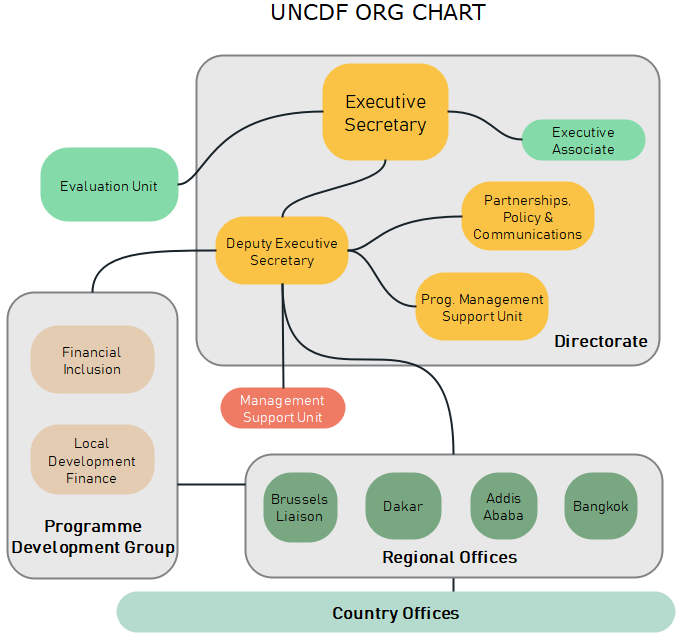 The ITLOS org chart refers to the organizational structure of the International Tribunal for the Law of the Sea. It is an independent legal organization set up by the UN. The key aim of the ITLOS is to handle disputes regarding international regulations of the sea areas. Feel free to check out more details in the following ITLOS org chart. 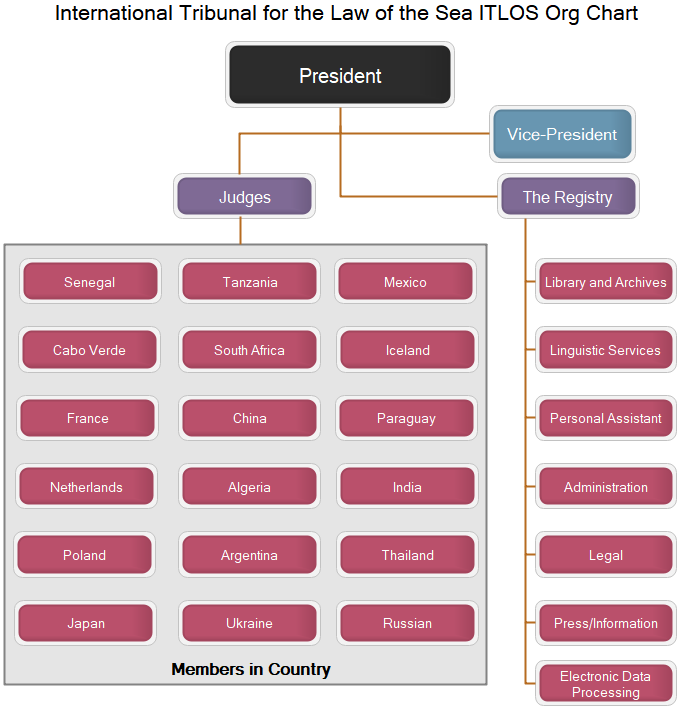 International Seabed Authority is one of the United Nations departments. Currently, its headquarter is in Kingston, Jamaica. The authority was set up according to the UN Convention on the Law of the Sea, and the main duty of the organization is to organize and manage programs regarding the resources of the Sea. You can find out more details of the International Seabed Authority by double-clicking on the org chart below. 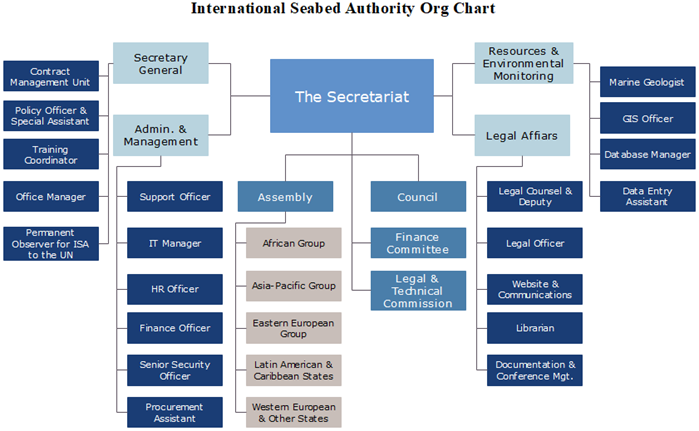 The OPCW org chart shows the whole structure of the Organization for the Prohibition of Chemical Weapons, which is part of the UN System. The main duty of OPCW is responsible for the Chemical Weapons Convention (CWC) and manages the operations of a wide range of chemical weapons topics, like the verification of compliance, the maintenance for consultations and cooperations among member states. So far, the organization has over 20 years of history. Feel free to see more based on the OPCW org chart below: 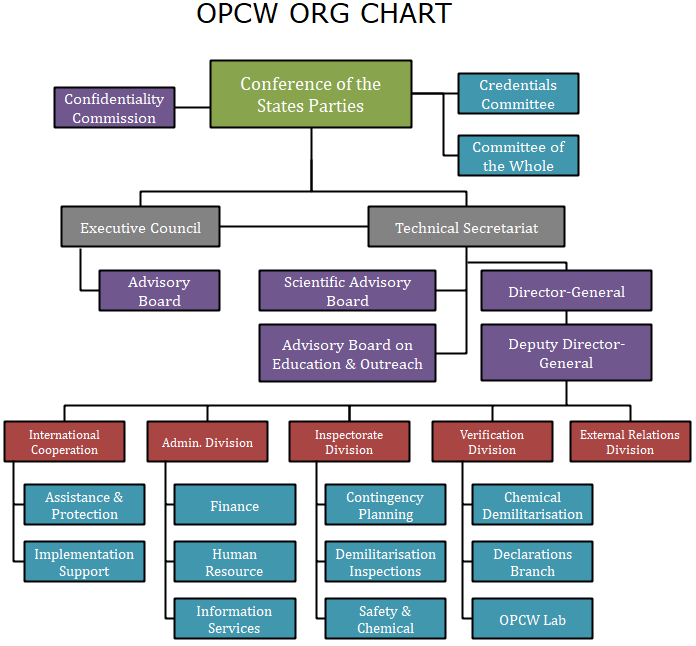